Searching for new physics, i.e., physical laws that go beyond the reference models, is the absolute priority of the field. In this thesis, a novel machine learning approach for model-independent new physics searches is presented, based on the work by D’Agnolo and Wulzer, 2019. The core algorithm of our proposal is powered by recent large scale implementations of kernel methods, non-parametric models that can approximate any continuous function given enough data. The model evaluates the compatibility between experimental data and a reference model, by implementing a hypothesis testing procedure based on the likelihood ratio. Model-independence is enforced by avoiding any prior assumption about the presence or shape of new physics components in the measurements. We show that our solution has dramatic advantages compared to neural network implementations in terms of training times and computational resources, while maintaining comparable performances. Our algorithm has been tested on High Energy Physics datasets of increasing dimensionality. 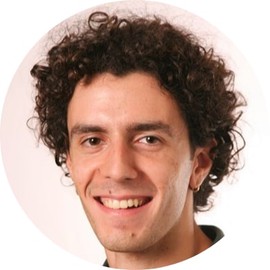